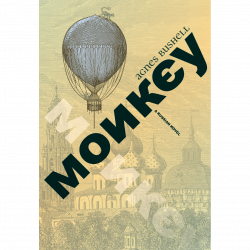 Bushell’s writing is utterly gorgeous. Her skill in character development is as impressive as her ability to bring distant historical figures and events to life. – Emily St. John Mandel, author of Station Eleven

Monkey is alive. It reverberates in a way I have never experienced. I could not stop reading it. – Lynn Siefert, author of Coyote Ugly

Set in Russia in the mid-nineteenth century, and written in the style of the great nineteenth century Russian novels, MONKEY is the story of the search for a mysterious book, MONKEY, written by a young anarchist, Nikolai Barakov, son of one of Russia’s foremost poets. Rumored to contain a powerful and dangerous secret, it is sought by agents of the Tsar’s secret police as well as by the great medium and magician, Elena Blavatskaya, the cosmist philosopher, Fyodor Fyodorov, and Nikolai’s friend, the writer, Marko Volchek.

Each of them will discover that to find the book and its missing author it is not enough to track Barakov across the country, from the bordellos of St Petersburg to Odessa’s underground caverns, but to seek him by means of seances and along mystical, interdimensional pathways, for it is possible that MONKEY contains a key that has allowed Nikolai, with the help of his Muse, to escape not only Russia, but the confines of time.

A fantastic tale of mystery and adventure and also a deeply moving story of love and loss, MONKEY is a rich and compelling novel, set in a world much like our own, in which laughter and tears, rebellion and mysticism, and danger and desire are never far apart.