Print: A Bookstore is proud to be working with Maine author Marpheen Chann in support of his debut memoir, Moon in Full: A Modern Day Coming-Of-Age Story. All copies will be signed by the author and can be personalized—make sure to include your request in the checkout section! 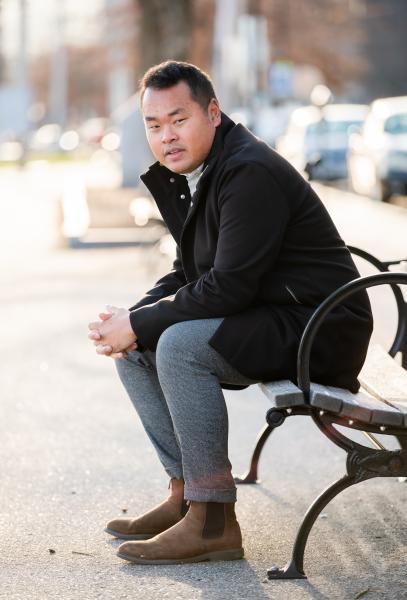 Moon in Full, a contemporary coming-of-age story, shines light on the search for truth and compassion, and unwinds the deep-seated challenges of finding authentic voice and true identity in our complicated era. Author Marpheen Chann’s journey weaves through housing projects and foster homes; into houses of worship and across college campuses, and plays out in working-class Maine where he struggles to find his place in a majority white community and to reconcile his fears and longings as a young gay man with the devoutly religious beliefs of his adopted family. Chann, a second generation Asian American, recounts what he has learned, what he has lost, and what he has found during his evolution from a hungry refugee’s son to a religious youth to an advocate for acceptance and equality.

Marpheen Chann, a second generation Asian American, is a writer, speaker, advocate, and gay man. After growing up in Maine and struggling to find his place in the rural community, Chann has devoted his career to advancing diversity, inclusion, and acceptance in the Pine Tree State. He helped found the Cambodian Community Association of Maine and University of Southern Maine’s Queer Straight Alliance. He earned both his bachelor’s degree and his law degree from USM, where he also earned a law degree. He lives in Portland. Moon in Full is his first book.

"Moon in Full is a powerful story about the complex intersections of identity, the longing to belong, and the pursuit of what is true."

—Brandan Robertson, Pastor and Author of Filled To Be Emptied: The Path of Liberation for Privileged People