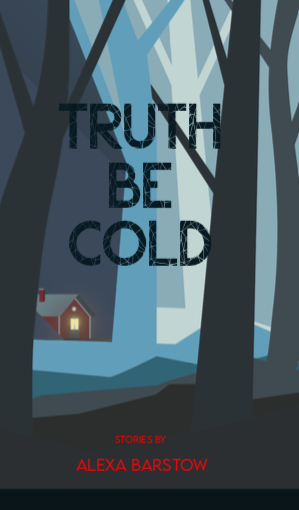 An Anti-Cupid scared they’ll never find love, an isolated girl with a chilling family gift, a teenager who keeps writing letters to someone who never writes back…

We all have ghosts, specters of our past we’re too afraid to confront. The young characters in these sixteen stories, which blur the lines between the supernatural and the real, face their phantoms. Haunting but hopeful, Truth Be Cold is a debut collection about fear in its many forms and the liberating truth to be found within it.

Alexa Barstow is a senior at Oceanside High School in Rockland, Maine. For a year, she drove three hours every Tuesday to Portland to participate as a fellow in the Young Emerging Authors program at The Telling Room. Outside of Young Emerging Authors, Alexa was awarded the 2019 Maine Literary Award for Youth Fiction, has been published in three other Telling Room publications, and is currently an editor on Skidompha Library’s literary magazine, Epoch, while also running Psyche, the literary magazine at her school. After high school, she hopes to attend college somewhere on the east coast and study political science and history; it is her goal to spend her life fighting for positive change and sharing stories, both fictional and those based in the “real” world.