Print: A Bookstore is proud to be working with Maine author Catherynne M. Valente to offer signed copies of her books - make sure to include any personalization requests in the order comments section! 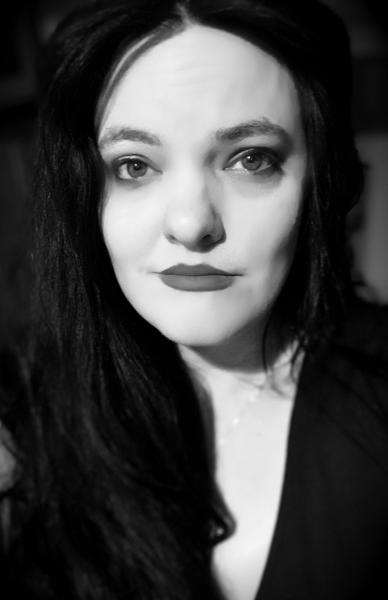 Catherynne M. Valente is the New York Times bestselling author of over two dozen works of fiction and poetry, including Palimpsest, the Orphan’s Tales series, Deathless, Radiance, and the crowdfunded phenomenon The Girl Who Circumnavigated Fairyland in a Ship of Own Making (and the four books that followed it). She is the winner of the Andre Norton, Tiptree, Sturgeon, Prix Imaginales, Eugie Foster Memorial, Mythopoeic, Rhysling, Lambda, Locus, Romantic Times’ Critics Choice and Hugo awards. She has been a finalist for the Nebula and World Fantasy Awards. She lives on an island off the coast of Maine with a small but growing menagerie of beasts, some of which are human.

"As if Ziggy Stardust went on a blind date with The Hitchiker's Guide to the Galaxy, then they got smashed and sang karaoke all night long. Cat Valente is mad and brilliant and no one else would have even thought of this, much less pulled it off."
— New York Times bestselling and Hugo-Award winning author John Scalzi

“Space Opera is a book I really needed in this dour, dire age: Valente’s book contains a story and prose that is both electric and breathless, It has the heart of Douglas Adams and the soul of David Bowie. I loved it and it made me happy.”
— New York Times bestselling author Chuck Wendig

“Space Opera sings its heart out in full technicolor. This book made me giggle, freak out, and reflect on life’s tawdry beautiful pageant.”
— Charlie Jane Anders, Nebula Award-winning author of All the Birds in the Sky

"This glorious glitterball dream of a book is Valente at her best: beguiling, bewitching, and inexplicably demanding.  Are you ready to rock?"
— Seanan McGuire, New York Times bestselling author of the October Daye series

Praise For The Glass Town Game

★ "A throwback to classic children’s literature: it has the cleverness of The Phantom Tollbooth, the imagination of Alice in Wonderland, the whimsy of Edward Eager...A lovely, fanciful piece of middle-grade fiction about the worlds we make, and the lives they can take on."
— Booklist, starred review

★ "The story’s real delights come from the wit and cleverness woven into every description and conversation, as well as the sharp insights Valente brings to the children’s insecurities, longings, and hidden desires, which burst to the surface in this magical and perilous world."
— Publishers Weekly, starred review

★ "In a middle-grade fantasy reminiscent of beloved tales from Edward Eager and Pamela Dean, the imaginary realms of the Brontë juvenilia come to wondrous life...An absolute must for fans, of course; but even readers who've never heard of Heathcliff will be captivated from the first page to the last."
— Kirkus Reviews, starred review

Comfort Me With Apples (Hardcover)

The Past Is Red (Hardcover)

The Girl Who Raced Fairyland All the Way Home (Paperback)

The Boy Who Lost Fairyland (Paperback)